Understanding The Dangers of Lint in Your Clothes Dryer 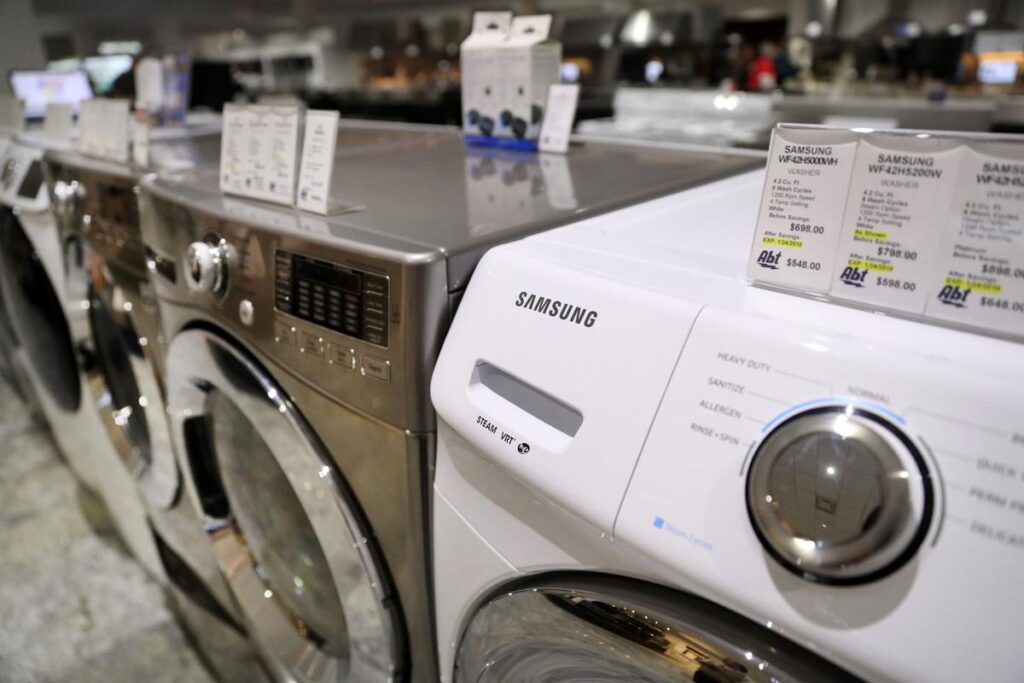 Many people that own a clothes dryer are not aware of the fact that poorly maintained clothes dryers can become a massive safety hazard. Without regular maintenance, the lint filter of your clothes dryer can accumulate too much lint and it can result in a household fire. You can notice the effects of a clogged lint filter when the machine is not functioning efficiently. So, don’t wait too long to clean it. However, if you suspect a bigger problem, you should hire a dryer repair technician by searching “dryer repair near me” in order to prevent any safety hazard.

Why a clogged lint filter is so dangerous

According to the National Fire Protection Association, dryers account for over 90% of the household fires out of the national average of 15,970 in the United States resulting in hundreds of injuries and over $200 million dollars of property damage every year.

Although mechanical and electrical failure along with improper use can cause dryer fires, the primary reason for dryer fires are dirty lint filters and vents that have become clogged with lint, dirt, and grass in the air vent.

How lint gets trapped

Lint naturally sticks to fabrics and is impossible to remove manually. Thus, when you put your laundry load inside a clothes dryer, you put a plethora of lint as well. The heat inside the dryer and the tumbling motion causes the fabric to fluff up and that releases the lint from the surface of the clothes. The separated lint follows the air circulation and gets trapped in the lint filter (A.K.A. the lint trap. This happens with every drying cycle and thus, it’s important to clean the lint trap after every drying session to get rid of the lint.

Why lint can overheat and ignite inside a clothes dryer

Without regular cleaning of the lint trap, it can get clogged. When the lint filter or lint trap becomes clogged with lint, it blocks the circulation of hot air through the air vent. Under normal circumstances, the temperature inside the appliance does not cross the recommended limit but the heat can become excessive when the air is not circulated properly.

The shape and texture of lint makes it extremely flammable since the tiny fabric pieces have a large, combined surface area that is in constant contact with air, (i.e. oxygen). The friction of the dryer’s movement, heat, and oxygen creates the perfect combustible environment inside the dryer and when the lint comes into contact with the excessive heat, it can ignite in a fraction of a second and pass through the non-metal air vent and cause house fires. Even if you can somehow control the damage to the house, the appliance would become damaged beyond repair.

How to prevent dryer fires

In the event your dryer catches fire, the safest course of action is to evacuate your family from the premises, run to safety, and call the fire department. If you notice the fire early while it is still in a manageable condition, a fire extinguisher might be able to kill the fire before it gets out of hand but in most cases, the fire spreads too quickly and flares up into a dangerous blaze. If you are not careful and try to control it without much thought and due to inexperience, you can easily harm yourself by touching the hot door handle or inhaling toxic smoke.

1. Clean the lint screen after each drying session – The best way to prevent dryer fires is to properly clean the lint filter after every laundry drying session. It’s not that difficult to open the lint trap and clean it if you follow the instructions written in the owner’s manual. Do not become lazy and miss even a single session of cleaning since the stray pieces of clothes can create a tinder bundle that is perfect for starting a fire.

2. Clean the duct and vents – Over time, tiny amounts of lint and dirt that occasionally passes through the lint filter can accumulate between the dryer and the exterior air vent. A clogged-up air vent often results in incomplete drying of clothes or a longer drying time. It can also cause the outside of the dryer to become too hot and cause a burning smell.

When you notice such symptoms, it’s best to stop using the dryer and clean the air vent before using it again. Ideally, you would want to remove and clean the duct every three months or more often.

3. Replace the ducts when necessary – If your clothes dryer has a plastic, foil ribbed duct, it can become flammable once it accumulates enough lint and dust between the folds. So, it’s better to replace it with UL 2158A ducts that meet the specific requirements of Underwriters Laboratories.

4. Use the dryer correctly – Always pay attention to the washing instructions and product labels of the clothes that you put into your dryer. Incompatible items and fabrics can get ruined when put inside a dryer and in the worst-case scenario, cause a fire. Typically, you would want to avoid putting foam, rubber, and plastic items inside clothes dryers.

3 Smart Home Essentials You Must Consider